Case Study: Nando’s v Fernando’s – How to avoid a branding nightmare as a new start-up 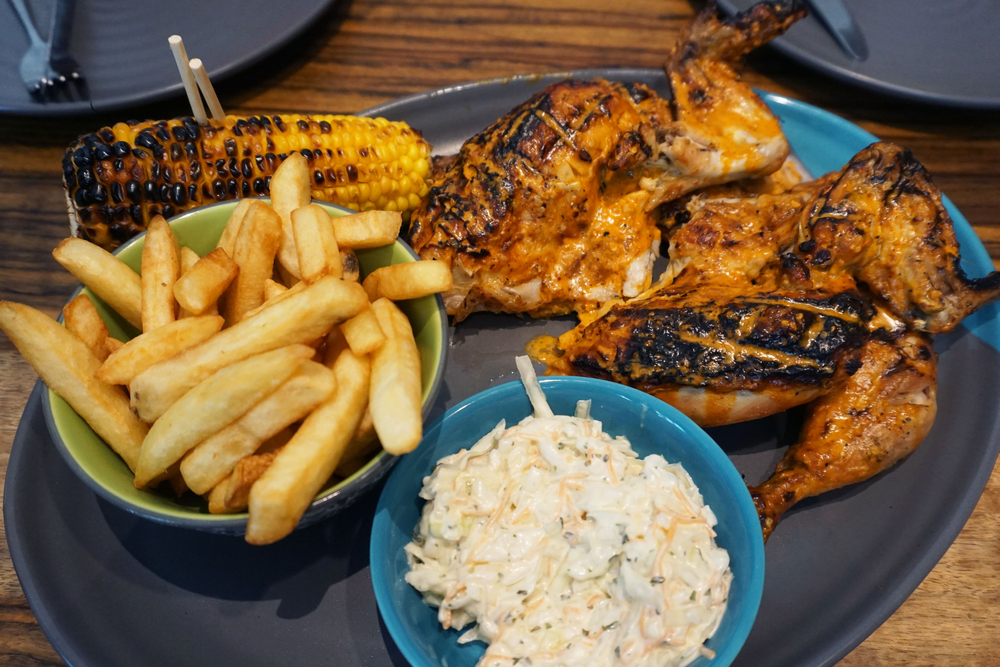 This dispute hit the headlines back in 2018 and is a classic example of a situation I have come across many times – a start up business using similar branding to a famous competitor and then being threatened with trade mark infringement.

The start-up feels like they’re being bullied into a rebrand and the famous brand feels the backlash and negative PR from being accused of throwing their weight around.

Please note: This is an unreported case and does not set any precedent. As far as I know, Nando’s did not take any formal legal action against Fernando’s, but Fernando’s did voluntarily rebrand to avoid legal action.

I was not representing either party in this dispute and my only knowledge of it is from reading the press reports. I have, however, represented both new start-ups and more established businesses in similar situations.

An independent chicken restaurant was launched in Reading under the name “Fernando’s”. When Nando’s found out about it, they instructed their lawyers to send a “cease and desist” letter threatening Fernando’s with trade mark infringement if they did not rebrand.

Nando’s claimed that in addition to using a similar name, Fernando’s were also copying other elements of their branding that they were well known for, including the images of the cockerel and the chilli used on its menus.

The owner of Fernando’s denied that they were doing anything wrong and said that the inspiration for the name came from watching the TV game show “Take Me Out”.

He claimed that he was being bullied by Nando’s and suggested that they felt threatened by him.

Nando’s is a well known brand, which is well protected through a portfolio of trade marks.

When a trade mark is registered, it gives the owner the exclusive right to use the mark in relation to the products and services that it is registered for.

So, for example, Nando’s has registered its trade marks for products and services that include running restaurants. This means that no one else is permitted to run a restaurant with a name that is the same or confusingly similar to “Nando’s”. If they do, they are infringing Nando’s trade mark.

Likewise with the other registered brand elements. Nobody else can use the same or similar images of a cockerel or chilli on their menus.

The law says that if a trade mark is used without the owner’s consent, in the course of a trade, it can be infringed in the following circumstances:

The complaint by Nando’s

Nando’s complaint was the Fernando’s branding was similar to their registered trade marks and it was being used for identical goods and services. They claimed that there was a strong chance of confusion between the two.

Nando’s demanded that Fernando’s rebrand or they would face a claim for trade mark infringement.

So, was Fernando’s doing anything wrong? Were they infringing Nando’s trade marks?

Sometimes a trade mark infringement is obvious and one brand is a blatant copy of the other. These cases are easy to prove, but that’s not the situation we have here.

In this case the Fernando’s brand:

The brands are similar, not identical, so for there to be an infringement, Nando’s needed to prove confusion or association between the two.

Could Nando’s prove this?

Association (i.e., that the two brands originate from the same owner) is, in my opinion, unlikely. It was quite clear that these were separate businesses.

Even though the courts can infer confusion from the surrounding circumstances, I think confusion is also unlikely. If you asked any Fernando’s customer what restaurant they were in, I think it is highly unlikely that any of them would mistakenly think they were in Nando’s.

If I was representing Fernando’s this is a point I would be making in our defence. I would speak to as many Fernando’s customers as I could and gather evidence proving that they knew exactly where they were and that they were not confused between the two brands in any way.

Now, evidence such as this is notoriously unreliable in court because as you can imagine, I could ask all sorts of leading questions to get the answers I wanted. However, if I wanted to put up a strong defence and show Nando’s that I was not going to be bullied, it would be well worth doing.

So, if I was representing Nando’s, what would I do to counter these arguments?

In addition to having a portfolio of registered trade marks, the Nando’s brand has a strong reputation.

Therefore, a better strategy for it to adopt, to prove trade mark infringement, may be to claim that Fernando’s was taking unfair advantage of its reputation and “free-riding” on its coat tails.

Effectively, what this means is that Nando’s is probably not losing sales because customers are mistakenly walking into Fernando’s instead of one of their restaurants.

However, Fernando’s is probably gaining sales because when people are deciding where to eat, and are unsure of their choices, they are likely to choose something familiar to them. In this case, they may think “I like Nando’s, so I’ll probably like Fernando’s too”.

So, Fernando’s would be obtaining a clear benefit from adopting similar branding to Nando’s and this would be an infringement of Nando’s rights.

Nando’s is therefore well within its rights to stop this.

Lessons to be learned for start-ups and small businesses

The key point to learn from disputes like this is that no business should copy or imitate the branding of another, especially when that brand is protected by way of trade marks.

Ignorance of the law is no excuse so even if you are unaware that you are doing anything wrong, or you claim that your ideas for your brand were influenced from somewhere else, you can still be infringing another trade mark.

The good news is that situations like this are entirely avoidable. All it takes is a little bit of time and effort to carry out a trade mark search to ensure that there are no pre-existing brands that are likely to conflict with yours. If you find any, you can then make changes to your branding and avoid future disputes.

You can then launch your business and be confident that you will not be threatened with trade mark infringement or be forced into a rebrand.

Just going through the process of registering a trade mark, or at least considering it, can help you avoid these problems and actually make your brand stronger.

For more information about how trade marks can benefit your business, please have a read of my “Trade Mark Essentials” article.

If you have any questions about protecting your brand or if you think another business is infringing your rights, please feel free to get in touch.

Alternatively, if you would like to register your brand as a trade mark but are concerned about the costs of doing so, you may be interested in my Brand Protection Toolkit. This takes you step-by-step through the process of registering a trade mark yourself, without incurring any legal fees. Please click here for more information about it.