In defence of the contrapreneurs 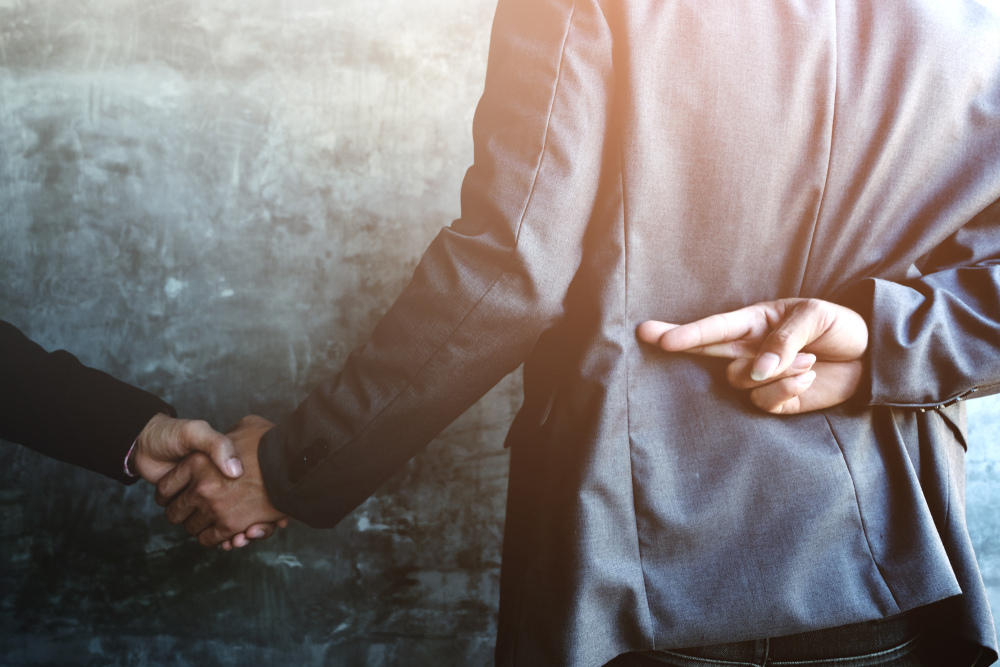 Like many people, my LinkedIn feed seems to be full people claiming to be experts in a whole host of subjects. When I watch YouTube, every other ad seems to be from these self-proclaimed “experts” telling me how easy it is to make money and become a millionaire by following their simple formula.

Most of the time I keep on scrolling, but occasionally, something catches my eye. When I stop and look it’s shocking to see the techniques they’re using to lure people to their events, sell their courses and convince them to join their mastermind groups.

However, there’s another growing trend that I find equally concerning.

These so-called experts are now being called out as “contrapreneurs” (i.e., an entrepreneur who is conning people out of their money by promising them some sort of “get rich quick” scheme), often by business celebrities who are releasing their own “exposé” videos warning people not to sign up.

Now, I fully appreciate that these are being done with the best intentions but “trial by media” is very dangerous and it needs to stop.

“Trial by media” can ruin peoples’ lives and as we have seen, it can tragically lead to people committing suicide.

Whilst you may not have any sympathy for the contrapreneurs and believe that they’re the ones ruining other peoples’ lives, it can’t be one rule for one and another rule for the rest.

So, this is where I come to the defence of the contrapreneurs. But, I want to make it absolutely clear, I’m not for one minute forgiving some of the claims I’ve heard them make.

I just want to highlight the fact that most of the exposé videos I have seen, contain just as many inaccuracies as the contrapreneurs they are exposing and they fail to give an accurate representation of what is actually happening.

Here in the UK we have one of the best and most well respected legal systems in the world. As a lawyer, when I sue or defend someone there are strict rules and procedures I have to follow. This ensures that everyone has a fair trial and the right result is achieved.

Those rules don’t apply in the “Court of YouTube” where anybody with smart phone can appoint themselves judge, jury and executioner!

This is where things are getting out of hand.

If you’re involved in a legal dispute, the rules of evidence say that both parties must disclose all relevant evidence, whether it helps their case or not.

The evidence is then exchanged ahead of the trial so everyone knows what the other side has. It’s a “cards on the table” approach with no one being ambushed with evidence they were unaware of.

When you get to trial, the judge will hear evidence from both sides and there’s an opportunity to cross-examine witnesses to test the truth of what they are saying.

This doesn’t happen online where it’s very easy to present a biased, one-sided view of the evidence to prove whatever point you are trying to make.

In one exposé video I watched recently, the business celebrity was trying to show that the contrapreneur wasn’t the multi-millionaire he claimed to be. He went through all of the companies listed in the contrapreneur’s name at Companies House and did a credit check on each one.

As you would expect, the checks came back showing poor credit ratings and gave the strong suggestion that these weren’t companies you would want to do business with.

However, a credit check does not give a full picture of a company’s health and on its own, it certainly isn’t credible evidence of whether or not someone is a multi-millionaire.

All limited companies are legally obliged to file accounts at Companies House once a year, but depending on the size of the business, they may be exempt from disclosing all information.

Also, companies have nine months to file their accounts so by the time you see them, they are almost certainly out of date.

At best, the accounts give a simplified overview of the company’s financial health on one day of the year. What they don’t give you is any information at all about the net worth of the shareholders or directors.

The business celebrity continued pressing his point by saying that the companies didn’t own the extensive property portfolio that the contrapreneur said he had.

He pointed to the information held a Companies House and said that because there were no registered charges, there were no properties.

Charges are only registered if there’s a mortgage or loan secured on the property. If the property was bought without a mortgage, there would be no charge.

The proper place to look for ownership of properties is on the company’s balance sheet. This did actually come up later in the video, but without any drama and more of a side point.

After watching the exposé video, I did my own company search and found a distinct lack of properties owned by the companies.

However, what the business celebrity failed to explain was that the contrapreneur could have quite legitimately held all of the properties in his own name as a sole trader. Sole traders are not required to file accounts so you would not know what properties they own.

The contrapreneur could have taken the profits from his property training business and used them to buy his own property portfolio.

If this contrapreneur was involved in a real legal battle, all of this information would be laid out and examined in detail. Only then would it be possible to say whether or not his claim to be a multi-millionaire was true or not.

However, this is somewhat missing the point.

Accusing someone of being a contrapreneur is one thing, but are these people actually breaking the law?

That’s what I’m going to look at in my next article. If you want to find out if they are breaking the law, follow me on LinkedIn so that you see the article as soon as it is published.